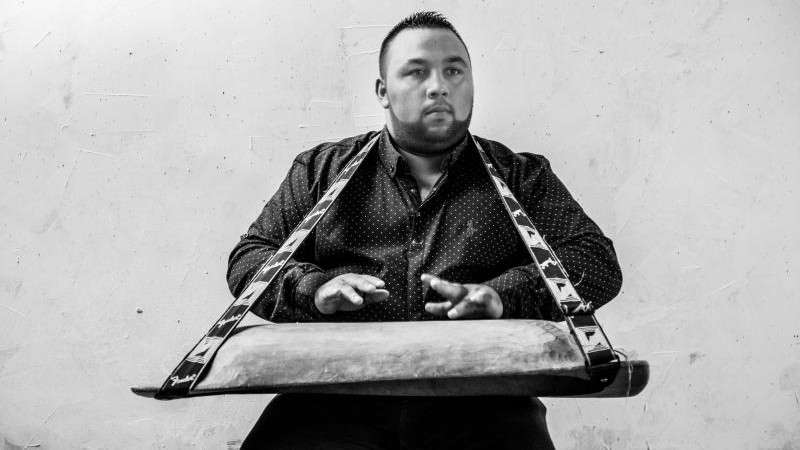 Tibor Balogh has been surrounded by music since his birth; a given as Mihály ‘Mazsi’ Rostás and János ‘Guszti’ Lakatos from celebrated Romengo are both his uncles. He joined many Olah Gipsy bands from an early age, absorbing the tricks of percussion playing, and he is proud to be learning to this day. He is a member of Romengo since 2007, and has toured 20 countries, played in India and South Korea with them, took part in the success the band enjoys: their album ‘Nagyecsed-Budapest’ reached number 8 in the WMCE in 2014. Quick to dance at concerts, Tibor Balogh’s trademark is being the only percussionist playing the wooden trough – along the cajon, milk churn and spoons–keeping a unique aspect of the Olah Roma tradition alive.