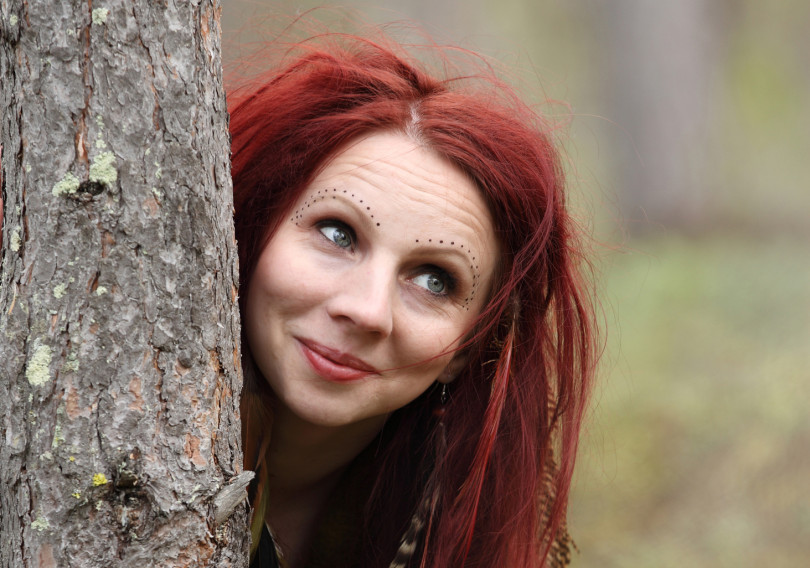 KÅVEN: Family name of the most famous sami shaman in Sapmi.

Elin Kåven has established herself as a sami artist and songwriter, and she got the nickname ”The arctic fairy” for her unique stage presence and dance. Music critics comment her music as her own genre of music. She herself calls it arctic folk pop.

The music of Elin Kåven is inside the sphere of sami mythology combined with soundscapes from historical and modern instruments, together with pop, rock and ambient sounds.

She has played over 300 concerts the last 10 years in 11 different countries, including, Germany, Switzerland, Latvia, Russia, Japan, Venezuela and Azerbaijan. She has won the Sami Grand Prix song competition, elected “Sami Artist of the year 2011” and was finalist in International Songwriting Competition in USA with famous judges Ozzy Osbourne and Tori Amos amongst others.

In 2016 her last album was nominated to ”Preis der deutschen Schallplattenkritik/German Record Critics Award” –  an award established by 127 record critics in Germany. Elin Kåven has been working for sami music to be more accessible to the world for several years, and for the last 3 years she has done this also through the Sami Composers association.